Managing Conflict in the Workplace

Did you know that managers spend on average between 40% – 90% of their time dealing with a form of conflict? According to research undertaken by the University of Chester, “unresolved conflicts lead to at least 50% of resignations” Imagine the impact to your business if you were to lose a key team member as a result of unresolved conflict?

Colleague conflicts get in the way of business. Do you know how much time is wasted in your business simply by trying to manage these sorts of issues? As well as low morale and lost productivity, your profit margin can also take a direct hit due to workplace conflict. In the long run, unresolved conflict could even damage your brand and reputation.

So how do you manage conflict? There are a number of challenges. People approach situations in different ways, sometimes adopting a leadership style that exacerbates the situation. If you work within a goal-driven, competitive environment, conflict between colleagues can be challenging and can often quickly escalate. There may be barriers that seem to prevent people from communicating effectively with one another. So, what’s needed to learn how to work together for the common goal of serving your business? How do you manage conflict effectively? 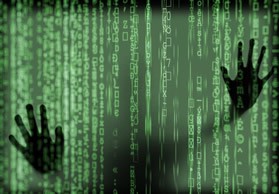 Consider an SME with a technical prowess that has been running for a number of years. As the business grew, the management team spotted that one individual was good at building relationships with the right audience. So, they decided to take this person off the shop floor and include them in the sales team. Unbeknown to them, this person had a reckless streak in their behaviour, which included driving irrationally and getting into road accidents. Their actions soon became a workplace safety issue and began affecting relationships with other team members. This left the management team in a quandary. They didn’t want to lose this person because they were so good at sales. As they didn’t know how to effectively deal with conflict, they simply ‘shut the door’ and ignored the issue.This person eventually left, which removed the need for the management team to deal with the issue, this time round. The fear of losing talent is one common scenario we often come across, which prevents managers from addressing a conflict situation.

What if this person had stayed? Ignoring a safety issue such as this one could have led to a serious incident, as well as moral, productivity and retention issues. Plus, the business could have suffered damage to their reputation and, ultimately, the ongoing success and viability of the business. This would have been all due to the management team’s decision to avoid dealing with the situation.

The Inexperienced Leader
Over several years, a project manager had been moved around the business. Throughout their time, this person was noticeably under-productive and nobody addressed this with them. Eventually, the project manager moved into a team with a Leader who did want to do something about this issue. The Leader’s direct approach led to a grievance from the project manager, who went off sick for several months. This situation also began to affect the leader, who became highly stressed, impacting the teams’ performance. When the project manager returned, they were moved to a different team and the situation was never fully addressed.

Dealing with a situation as it occurs, using candid, effective communication and a collaborative, open-minded approach can help prevent a seemingly minor challenge from becoming a bigger issue in the future. 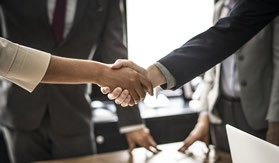 When an organisation is going through change, very often people find their roles need to change too. Any change within an organisation can cause issues, especially when people do not feel in control of a situation. When faced with change, behaviours can change and people may start to act out of character, they are not able to communicate effectively.

Consider a team member and their line manager based in an organisation facing a large technological change. Communication had broken down to the point where they simply were not able to have an adult conversation during meetings. When talking about what was happening across the business and about the team members role, rather than sitting down and working through the plans together, the team member would start acting like a petulant child being chastised by a critical parent. They would become angry, get up, and then walk right out of the meeting room, sometimes displaying bullying behaviour.

When communication breaks down between two colleagues, this can often result in blame and resentment. Instead of people simply blaming each other, a lot can be gained by sitting the two people in conflict down and getting them to have an open, adult to adult conversation, using effective communication. Recognise and acknowledge the things that are really critical for each person. Once you start to address these things, you can start to explore how people are feeling in a confrontational situation and how to help them resolve it.

Managing workplace conflict begins by trying to understand different perspectives and by giving people the opportunity and choice to voice their opinions. By having adult conversations at the right time with the right people, your teams will start to develop better working relationships. By developing more effective relationships with your team, you will start to see clear short, medium and long-term benefits to your business, including greater productivity levels.

When we work with businesses, our focus is on building resilience, reducing fear and enabling authenticity. By allowing people to speak freely, honestly and without judgement, you will see more cohesive team work. We use a number of coaching techniques and tools, and offer facilitated sessions to resolve conflict situations – for more details, please get in touch.

We use cookies to ensure that we give you the best experience on our website. If you continue to use this site we will assume that you are happy with it. Privacy policyOk